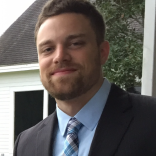 There are many reasons people dread going to the gym, but one of those reasons should never be the behavior of fellow gym members. Sadly, however, this is a pretty common complaint. It need not be. To help you to not be “that guy” or “that girl,” here’s a list of basic rules for how everyone should behave while working out. Courtesy: don’t leave home without it.

1. Don’t use two machines at the same time

First of all, it’s impossible. You’re just claiming exclusivity to two machines while someone could be using one or the other. We get you think circuits are cool, but logjams aren’t and nobody wants to wait to use a machine that isn’t being used.

2. Always ask before working in

It’s a pretty bold move to just hop on a machine while someone is resting between sets without asking. Bold and inconsiderate. Some people are cool with you working in while they rest, and they may even suggest it. Just don’t assume they are cool with it.

3. Headphones = don’t talk to me unless you really need to

Some people love to socialize and meet strangers at the gym; others hate it. If earphones are in, most people would probably prefer to be left alone to their workout and music. Of course asking them a quick question about how much longer they have is acceptable.

4. Leave things where they belong

Don’t drag equipment across the gym for your own personal convenience. You’re a member at the gym, not a manager. It’s nice to know where to find things. If you don’t put them back, that makes everything less reliable.

5. Re-rack weights where they belong

Whether you’re admiring or judging someone, don’t make it obvious. You may think it’s flattering, but they might not. If you need to stare at something, look at yourself in the mirror.

The gym would never be confused with a library. Nobody expects you to be silent, but loud grunts or shouting makes everyone feel awkward. We’re glad you’re “in the zone,” but let people get into their zone without hearing you in yours.

8. Wipe down everything when you’re done

This is important from a hygiene standpoint. If you don’t think you sweat much, others may disagree. It’s just courteous, even if you’re just going through the motions. Hopefully, this is a lesson you don’t have to learn the hard way.

In addition to training, a great way to get healthier is trying supplements. WellPath has an online consultation that creates a customized set of vitamins and nutrient-dense shake powder for you. Learn how to get started here.

The 8 Most Common Food Sensitivities [infographic]

Could Stress Be Making Your Muscles Sore?

Can a Pre-Sex Workout Improve Your Time Between the Sheets?