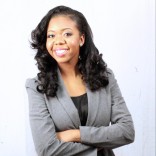 Charlene is a motivational speaker, former Ms. Corporate America, and…

Miss those retro shorts, shiny leggings, and leotards? Let’s take a fitness-flashback and check out the alluring attire that captured fitness enthusiasts before yoga pants were considered the new jeans.

Do Jane Fonda’s neon workout tights and headbands ring a bell? How about Richard Simmons’s short shorts, jazzercise, and that famous song “Let’s Get Physical” by Olivia Newton-John? If you are still staring at your screen like a deer in headlights, you should ask your closest Generation X and Baby Boomer friends to pop in a VHS tape of their favorite workout routine.

Some people might say no era is as equally well-loved and reviled as the final decades of the 20th century. But many who jumped on the workout bandwagon would unanimously agree that the fitness craze greatly impacted the prevailing fashion that was seen in videos and while walking down the street, even if those walking down the street weren’t on their way to the nearest gym. Yes, those neon tights were turning heads on the sidewalk.

Obviously, you can’t just snap your fingers and be transported back in time, but you can enjoy this fitness-flashback and check out some throwback workout gear – and don’t be surprised when these styles start to appear in a store near you.

The sight of short-shorts for men may be the norm depending on what country you are from. But others whose long baggy shorts provide ultimate comfort and style may not even understand why some men would commit to so much leg exposure in public.

You may recall the abrupt cover-up of the kneecaps of short-shorts in the 90s because it was no longer socially acceptable for men to be caught in these: the less leg showing, the cooler you were. Well, short-shorts for men were in style and a fitness necessity in the early 80s and 90s.

Wondering if these shorts are even comfortable? The liner is loose enough to still be comfortable while protecting everything that needs to be taken care of. These shorts have multiple uses – running, working out, or underwear. No wonder these were a popular item among men in the 80s.

You weren’t a true 80s fitness fashionista if you didn’t own a pair of Reebok Hi Lace-Up sneakers. And don’t forget to add your multicolored slouch socks! This fashion staple was a must-have in anyone’s closet who wanted to be in the “cool” crowd. As the athletic scene was primarily dominated by men, Reebok’s decision to create one of the first athletic shoes for women resulted in half of Reebok’s sales in 1984.

So what makes these shoes so popular? Maybe it’s the blend of comfort with fit and performance. Who doesn’t want a shoe that fits like a glove and makes you feel like you can perform like a star athlete?

These pants weren’t just for your recreational athlete or fitness enthusiast. The growth of breakdancing in the hip-hop scene made the Adidas track pants a popular option for the urbanistas who were seeking apparel that didn’t restrict their movement.

The fitness phenomenon that gripped the 80s combined fitness and popular culture like never before, making Adidas track pants a huge fashion statement. As the relationship between fashion and music grew, track pants became a staple for many performing artists.

Do you want to feel like one of the six Bayside student stars of the popular 90s sitcom, “Saved by the Bell”? Just grab a sweatshirt from the 90s and you’ll blend in perfectly.

Big sweatshirts were in style. These were a workout comfort item when you were heading to the gym. Your shirt had to be covered in prints or tie-dye.

Do you remember GMTV’s fitness guru “Mr. Motivator”? He got the nation dancing in the 90s with his fitness segments that came on right before the Power Rangers, making his show attract both the young and experienced fitness enthusiast.

If you ever take a trip down memory lane and watch some of his videos, you’ll notice that he couldn’t resist the tight, colorful spandex outfits.

These energizer jumpsuits were the intersection of both function and style. They’re extremely comfortable and have exceptional elasticity. If you happen to have an energizer jumpsuit, you will definitely turn heads by bringing back this fitness staple that once made you feel like fitness royalty (and totally still does).

Exercise Like a Football Player with These Key Moves

Fall Activities That Can Burn Major Calories This Season