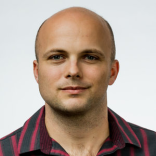 You’re probably familiar with the squat, the king of quadriceps and glute exercises. Known as the air squat when performed unweighted, or the back squat when performed with a barbell on your back, there are plenty of variations of the move that go beyond a “basic” squat — and many reasons why you might opt for one of the lesser-employed techniques over the usual.  Maybe you’ve been working out at home and needing to adjust  your routine accordingly, or maybe air squats have started to feel a little too easy and you’re looking to add more weight or other form of added challenge. Perhaps you like back squat, but you want to improve on them, or you find it too hard to do them with good form. Maybe you want to work the sides of your butt and thighs more, or then again, maybe you just want some variety.

Whatever it is, we’ve got you covered. Here are four squat variations to bring your squat game to the next level; two of these are easy to perform at home if you don’t have a lot of equipment lying around, while the other two utilize a barbell.

Note that for all of these exercises — and in fact pretty much all exercises in general — range of motion is paramount. Always squat low enough to get your butt below your knees, even if that means using a lighter weight than you otherwise could.

A goblet squat is simply an air squat with added weight, in the form of a dumbbell or kettlebell held in front of the chest with both hands. The rationale for this exercise is simple: use it if you find air squats too easy and need to add weight.

You’ll need either a lightweight kettlebell or moderately-weighted dumbbell; most people will want something in the 20-40 pound range.

This video shows the proper form for a goblet squat. Note that you can shift your feet around at the bottom if you need to, e.g., if you’re off balance. This isn’t something that you need to do on every rep, though. If using a dumbbell, hold your hands palms up and rest one end of the dumbbell in them, letting the other end dangle below your hands.

This is an iso-lateral squat variant, meaning it works both sides of the body, but separately. The Bulgarian split squat is great for developing the sides of the thighs and butt, or simply for getting a good lower body workout at home. It’s challenging enough that many people don’t even need weight.

This video shows the proper form for a Bulgarian split squat. You can hold your arms however you need to in order to help yourself balance.

You’ll notice when doing this variation of a squat that  most of the work is done by your front leg, and the same-side buttock. You’ll need to do an even number of sets, switching sides with each set. Try to do the same number of reps on each side.

You’ll want to experiment a little to find the ideal height of the bench (you can also use a chair or other large objects around the house) to use and distance to stand in front of it. This will depend on your height and bodily proportions.  Once you get the hang of it, add weight by holding two light dumbbells at your sides.

Back Squat with Resistance Bands

Simply put, this is a barbell back squat, but with some of the weight replaced by resistance from elastic bands (you’ll need two identical fit loop resistance bands). Because squats are harder at the bottom than the top, and the bands provide more resistance as you stretch them, which evens out the exercise and eliminates the sticking point at the bottom. However much you normally squat, look to replace 20-40% of that weight with band resistance.

What you’ll do is attach one band to each end of the barbell, and the other end of the bands to some part of the barbell rack down near foot level. This video shows how to do it — take note of how you can double- or triple-wrap the band to shorten it. This is a useful trick if you want to raise the resistance, or if you’re shorter; the bands should be short enough that they never have slack, even at the bottom of the squat.

As for performing the squat, follow the guidelines in this video, but note that the exact width of your stance, and how much you bend over, will vary somewhat based on your bodily proportions.

Bear in mind also that the bands may not be pulling straight down, so the direction of the resistance may be changed slightly; the form is otherwise identical to a normal back squat. You’ll notice that with the bands the exercise no longer feels much harder at the bottom, which allows you to squeeze out one or two more reps per set.

A front squat is simply a barbell squat where the barbell is held in front of the body, either in the crooks of your elbows with arms crossed, or resting on your collarbone and held in your palms with the wrists bent backward.

Contrary to popular belief, front squats aren’t necessarily better at building muscle than back squats, but they do put less strain on the knee, so they’re ideal for people who deal with joint discomfort or pain.

The other reason to switch to front squats is form correction. If you consistently bend forward too much during back squats, front squats force you to break that habit to avoid dropping the bar.

The main challenge here is how to hold the bar; after that, it’s performed much like a back squat, except you have to keep your torso more upright, and might find that you can’t use as much weight.